The Edinburgh Fringe Festival is rather famous in arts / theatre / comedy / music circles.  In fact, it is the most well known arts festival in the world.

It has always been a dream of mine to go to the Edinburgh Fringe Festival as both a performer and an audience member.

This year I fulfilled my dream – and it was an absolutely amazing and incredible experience !!

As part of the cast with nuworks Theatre, we made the epic trip from Melbourne, Australia, where we live to Edinburgh, Scotland, in the United Kingdom.

We have been rehearsing for months prior to this grand adventure.  I wrote about the lead up to leaving in my post Off To The Fringe.

I am fortunate in that I have been lucky enough to play my saxophone in many places all over Australia and indeed all over the world.  This trip to Edinburgh was a wonderful opportunity to continue my love of playing and performing internationally.

And therein lies one of my two main motivations for wanting to be involved with this trip.

I REALLY enjoy playing my saxophone !  Having an excuse to work towards something amazing, with an incredible group of other very talented musicians, actors, writers,and creative artists was too good an opportunity to pass up.

Not to mention the opportunity to see far too many shows, performances, bands, and any possible live act you can think of !

I have been playing my sax for upwards of 33 years (!).  As a result, I am fortunate in that I can play and enjoy playing almost any kind of music, at any time, in any place or situation, with almost whomever I wish. It has opened doors that I would not have been able to pass through otherwise.  It has provided me with experiences that I never could have dreamed of without it.

To suggest that there were a lot of people in Edinburgh during the month of August is an understatement.

Actually, I have never seen sooooo many people on a consistent basis for such a long period of time at all hours of the day and night.  They say that the population of the Scottish capital quadruples in August for the Fringe.  From personal experience I think it is more than that.

It was ridiculous how busy the streets and venues of Edinburgh were.  The vibe and buzz of the city was quite extraordinary.

Throw into the mix the sheer number of performers and performance options – apparently there were over 3500 different acts at this years Fringe, each with multiple performances – that at times it was a little overwhelming.

What show should I see ?  Where is it ?  How can I get there ?  How long will it take me to get there through the massive crowds on the streets ?  Can I actually be bothered fighting my way through the crowds ?

We saw some fantastic shows and we saw some really and surprisingly crap shows.  The difference between the “good” shows and the “terrible” shows was quite surprising.

To suggest that we as a cast were tired is an understatement.

There were 19 of us in the group.  We took two shows with us – “That Bastard Brecht” and “The Electra Legacy”.  The same 19 people were in both shows, with different roles dues to the different shows.

We were actually planning on doing two performances a day for the twelve days we were actually performing – a morning show and an evening show, one performance each of “That Bastard Brecht” and “The Electra Legacy” per day.  Due to some minor illness with several cast members (known as the “Edinburgh Flu‘” – coughs and colds brought on by exhaustion) early on, we had to cancel 3 performances towards the end of the first week.

Not the end of the world – and everyone recovered by the second week – we were busy and tired, but happy.

I was part of the live band for “That Bastard Brecht”, which I REALLY enjoyed.  I got to live out some rock star dreams as my saxophone and I were featured front and centre in a couple of songs 😉

I featured on some of the backing pre-recorded tracks for “The Electra Legacy”, but I was part of the chorus for this show.  I played a Soldier and a Farmer.  I could almost keep up with the dancing and choreography…..

We knew that there were reviewers and media in the audiences.  The staff and audience feedback at our venue was very positive for both our shows.  We got some nice online reviews.

We had heard that the major awards group for the Fringe had enjoyed our show “That Bastard Brecht”.

It was quite a surprise, however, when we were presented with the Best Overseas Show award for the entire Fringe Festival as we were taking our final bows at the end of a performance early on in the second week.

This is quite an honour, especially considering the sheer number of local and international acts that were at the Edinburgh Fringe Festival.

(And one of our cast members came runner up for “Best Female Vocalist” across the entire Fringe too, which was another nice surprise !  Well done Tove !!)

This award may or may not translate into fame, or fortune…..we’ll see, but we won’t hold our breath.

It will, however, give us as a group and as a theatre company some serious bragging rights 🙂

My other and actually THE main motivation for wanting to be involved with this performance opportunity was that my 15 year old daughter was also part of the cast.

She was the youngest cast member by about seven years, yet she not only kept up with but also outlasted many of our fellow cast.

As a Proud Dad, being able to share a stage with my daughter, watching her grow as an actor/dancer/performer, watching her learn from – and teach – the other more experienced cast members, and simply sharing the experience with her was just awesome.

P.S.  The point I am trying to make here is that I want you to be able to experience the pure joy of playing your saxophone, just like I do.  This trip to Edinburgh would not have happened, nor would I have met and performed with other talented (and nice) people without my saxophone.

P.P.S.  If you would like simple step by step instructions to help you learn how to play the sax (and possibly have incredible experiences like my Edinburgh Fringe Festival trip), all neatly organised in the one convenient location, all provided by an experienced saxophone teacher who can help you to play the music that you want to play quickly and easily, then check out our saxophone lessons membership options.  Get started on your saxophone journey today ! 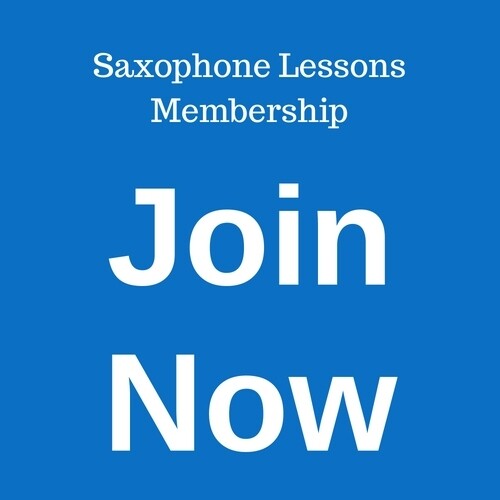 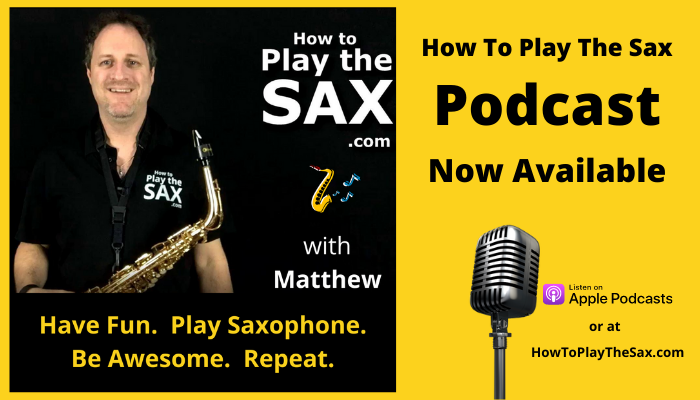